I have been running since 16th May 1982. At that time the Running Boom had just begun to gather momentum and big city marathons were starting to appear worldwide. At 25 years of age my body responded quickly to my new obsession. Gone were the fags, gone excessive drinking and in came a decade of training, adjusting and exploring my physical limits. Unbeknownst to me, it was those decades following, which would be the hardest to take.

From that day in 1982 I followed a philosophy of hurting more in training than I would in races. I did not have the frame of a distance runner, so had to find a way of getting closer to my limit than many of my contemporaries. In my local running club, there were several naturally gifted chaps who would flay me on training runs. An eyeballs-out 6 miler would see me stagger in a minute behind, even though I would recover quickly. Yet on our in-club competitions they would go to races eyeing me suspiciously. You see, I would usually beat any of them at a distance beyond 10 miles. Let me explain…

On club nights I would have already ran. Quite often 20 sprints up a motorway bridge in the middle of a six miler. They were thus running against a tired man. My only real goal was to achieve a sub 3-hour marathon, so club running with its in-house competitiveness was only important insofar as it taught me to work harder when already tired. It was a successful philosophy and I ran faster than I ever thought possible. 33 years have passed since I ran my quickest marathon. It took a long time to feel proud of that 2:49:15. You see, you never know when you’ve had your best race until after your peak. And ‘after your peak’ takes a while to sink in.

The hardest thing to get used to is slowing down. Beyond 60 I still have trouble accepting my best years were in the 80s. However, that is also a sign of a discontinuous mind. Life moves on and the past should be something to build on, not to break you. Life does not stop, and has not stopped, so now I search for things I did not achieve, then aim for them. I may not be quick, but I have found that I can still set new distance records. After pushing up to 28 and 30 mile record distances, I decided 2019 would be the year I entered my first organised ultramarathon.

On January 6th I entered the Race to the King – 53 miles over the South Downs from Arundel to Winchester Cathedral, where the statue of King Alfred stands, and a tall stone cross marks the finish. The following day I was struck down by a flu virus, my back and hip started to hurt and I could barely walk without severe pain. Yet there is another thing I have added to my philosophy – most illnesses, aches and pains are not permanent, so patience is all. The flu went. My brilliant physio saw off my sciatica and hip flexor pain. By the end of January my date with King Alfred was back on course. June 22nd, Race day, seems a long way off. Between now and then I know there will be adventures, the spring, and a few more aches and pains. But I know one thing – hurting now will help me cope with that long race. And the Reaper Man has to follow – I hope he likes pain. 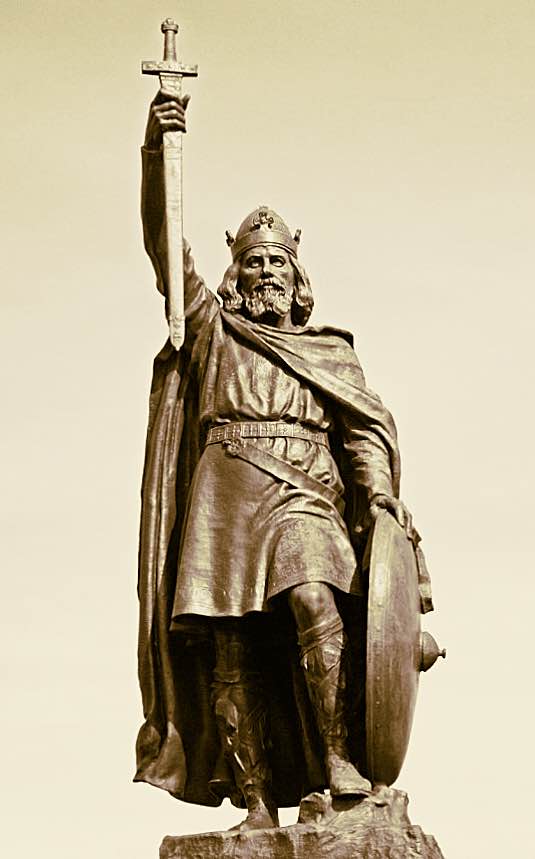