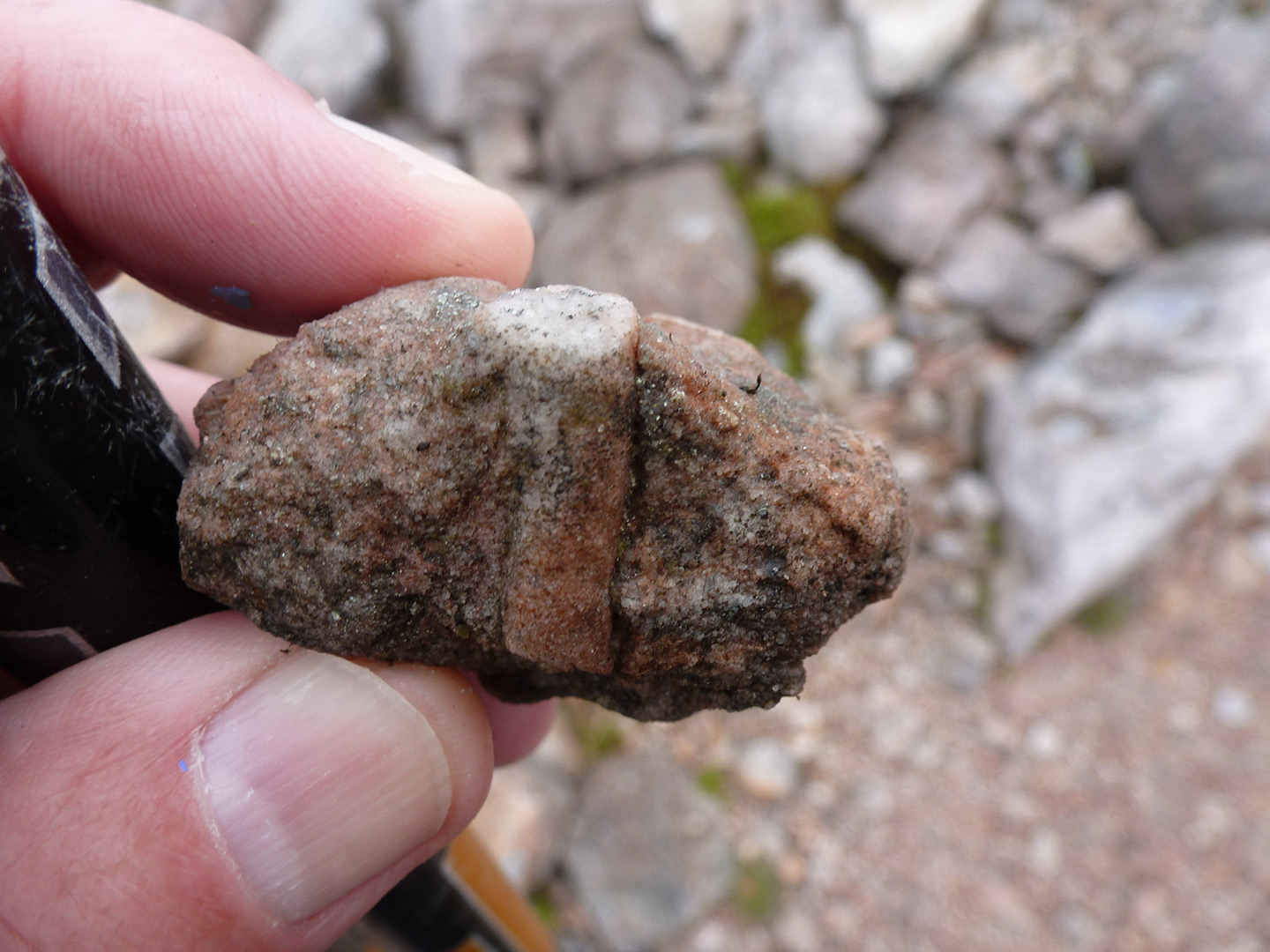 The Munro mountains in Scotland number 282, but the formula for working them out is arcane and beyond my own logic. Mountains over 3000′ is the general rule, but they should stand alone, separated by 500′ of depth, or some such. The rules float and adjust for each generation, but that is why climbing them is such fun. To me, an accidental Munro Bagger (one who ‘collects’ Munros), they are something to tick off whilst enjoying the varying locations of the mountains. I have climbed the high tundra of the Cairngorms in a heat wave and in freezing winter; scaled the jagged pinnacles of the Black Cuillins on Skye; and spent two days in the wilderness of the Fisherfields, bagging six Munros, only to discover that one was later demoted as not being lofty enough!

The natural history of the Scottish Highlands has to be sought. Long walks produce the unexpected, so, after a modest 68 Munros, I have been rewarded with wonderful things. My first pair of dotterels and a bilberry bumblebee making light of screaming winds; soaring eagles; high altitude lizards; a recently abandoned ptarmigan’s nest, egg shells still sitting in down. 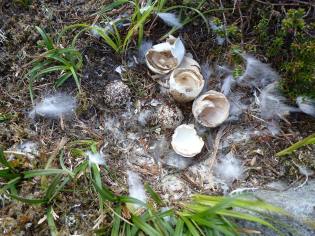 If I were to choose my favourite group of Munros it would have to be the Torridons. I have scaled them all. They captivate me, not only their unique, brutal, lofty beauty, but also for the mighty geology lesson set out for all to see. The flat boggy land surrounding these giants is made up of Lewesian gneiss – this base layer is 3 billion years old! The mountains are made up of Torridonian sandstone – this is ground down ancient mountains compacted into new ones – how wonderful is that? Some 800 million years old, they contain pebbles from ancient rivers and lakes and, to me, are most beautiful. One of these Torridon mountains looks different. Beinn Eighe is capped with Cambrian basal quartzite, so looks silver/grey. At around 500 million years young, they are of particular interest to me. They contain pipe rock. 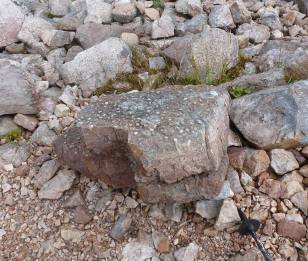 Pipe rock was always a draw for me to this Munro, so when I climbed it, it was one of my aims to find some. A wonderful trek between Liathach and the western slopes of Beinn Eighe in good weather took me into the magnificent Coire Mhic Fhearchair, fronted by the mighty Triple Buttress of Coinneach Mhor. Once on the ridge the rain came and my first peak, Ruadh Stac Mor, was practically invisible. Staggering back I looked down and there, beneath my boots was a wide slap of quartzite covered in 1cm rings – Pipe Rock! 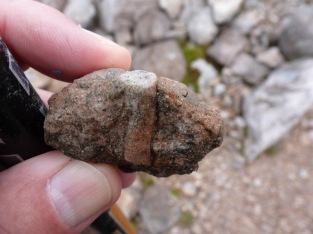 Later I picked up a piece and the long tubes below the discs were obvious. The pipes are given the scientific name Skolithos, and were probably made by worm-like creatures that lived upright in the burrow and fed by filtering food from shallow water above the sediment surface. As I scaled the final Munro, Spidean Coire Nan Clach, I looked across this majestic, ancient land and marvelled at the thought that, in my pocket was a small piece of rock in which were the petrified burrows of worms that lived half-a-billion years ago. Wonderful! I descended from 500 million years ago to 3 billion years ago where my car sat waiting. How lovely is that?