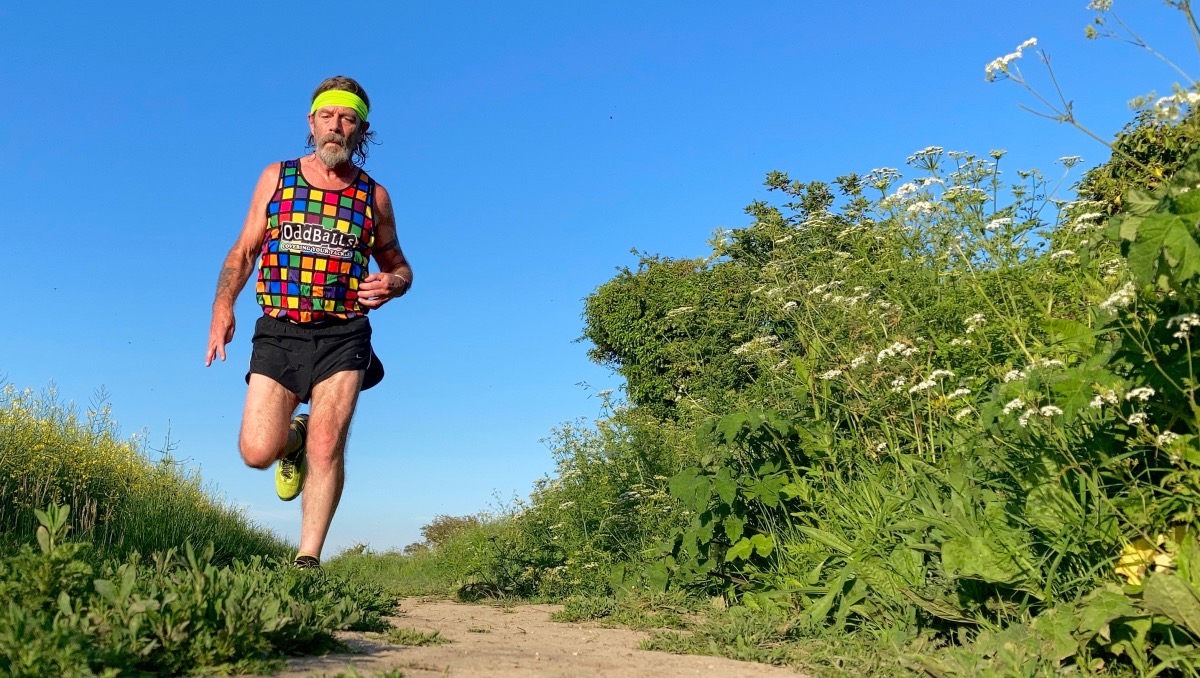 The end of June marked the halfway point of my Racing the Reaper Man Year. There is no shadow of a doubt it was my most difficult month so far. The fast 50k I managed in May (5:18:33) marked a transition period. Rather than continuing with endurance-only training, I had a niggle – speed training hurt. I had been avoiding it for years as I felt I’d lost any semblance of fast times for good. But that was a cop out – I had to set new benchmarks as a 64-year old. So, I decided to change my focus to speed: a fast mile (I want to get close to 7 minutes) and 5k (aiming to get under 27 minutes). Thus, Martin my PT, adjusted my core work to include plyometrics and I added some speed sessions. In May I’d set the marker down with a 7:44.8 mile, and managed a 7:29.8 in mid-June, but could not improve and posted a 7:48.7 on the 30th. Was there anything wrong?

Looking back at my training log, I can see no major issues. I did a couple hefty long runs of 10 and 13 miles, which I thoroughly enjoyed, and evened out my mileage to post 108 miles for June, and 675 total for the year, so far. Other elements had crept in. Physically I was still going in the right direction, but mental and emotional exhaustion had started to be seen in my training log comments. I had been managing the mental stresses from work, but some deep family related problems needed my input, and that added emotional pressure had an interesting, if unwanted, side-effect. I found excessive, multi-factorial life pressures can transfer to the physical me. When I ran that 7:48, I could not get into top gear, even though it was there. So, I’ve had to step back and regain a little control.

Life is a singular, linear event for each of us. Seeing that is difficult – mythology, opinion and self-delusion becomes a fog of baseless hope. Giving control to others, allowing imposed duties to drain you, is a deathly addiction. That is no way to live. After 6 months I have reached a point of clarity I had not expected. My diet is clean, my body lighter and leaner. Yet, it is my mind that is clearer. The gravity well of apathy, that inertia caused by hoping rather than doing, has gone. Thus, even though June was tough, I still stuck to my new lifestyle, sure that I would still be getting fitter, even if some people suggested I had taken things too far. Mind and body are connected, but I’ve found keeping up good habits at times of stress will carry you through. Excuses to give in are many fold, but grasping them is a betrayal of the self.

Was June a ‘wobble’? No. Just a coincidental confluence of negative events. I’ve still run every day since 27th December last year and cannot see me missing a day this year. I even had my only alcohol of 2021 on a trip away – a single bottle of ale – 2.5 units. It made me feel light headed, I didn’t like it much, so eschewed booze again to date. By the very end of June I had a little bit of bounce back in my legs as other pressures were managed or concluded. There was a chance that July would see me in mental and physical harmony again. There was a 5k race coming on 4th July… that would be very interesting.

How did I fare in June?

The stats are interesting as, though my weight remained fairly steady, I’ve marked some key points: